Hormonal contraceptives are used by 3.5 million women in the UK alone. The medical establishment must stop dismissing the risks they carry

A newly published study from the University of Copenhagen has confirmed a link between hormonal contraceptives and depression. The largest of its kind, with one million Danish women between the ages of 15 and 34 tracked for a total of 13 years, it’s the kind of study that women such as me, who have experienced the side-effects of birth control-induced depression first hand, have been waiting for. 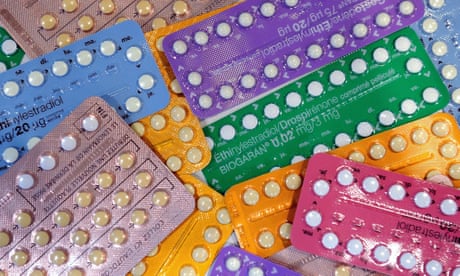 Researchers found that women taking the combined oral contraceptive were 23% more likely to be diagnosed with depression and those using progestin-only pills (also known as “the mini-pill”) were 34% more likely. Teens were at the greatest risk of depression, with an 80% increase when taking the combined pill, and that risk is two-fold with the progestin-only pill. In addition, other hormone-based methods commonly offered to women seeking an alternative to the pill – such as the hormonal IUS/coil, the patch and the ring – were shown to increase depression at a rate much higher than either kind of oral contraceptives.

In recent years we’ve seen efforts from the NHS and family planning organisations to encourage teens to use these so-called LARCs (long-acting reversible contraceptives), primarily because they eliminate the need to remember to take a pill every day, but also due to the fact they’re commonly believed to have less severe potential side-effects than the pill. The new research suggests this practice is misguided. We already know that those with pre-existing depression may find the pill worsens their symptoms, and if teens were at greater risk of depression, then continuing this practice would be negligent.

The researchers note that, because GPs are less likely to prescribe the pill to women who already have depression and because women who do experience depression on the pill are more likely to stop taking it, this study probably underestimates the potential negative affect that hormonal contraceptives can have on mental health.

Having spent the past eight years researching and writing on the emotional and psychological side-effects of hormonal birth control, I initially felt elated to read this study. Not just for myself, but for the hundreds of women I’ve interviewed over the years. Mood changes are one of the top reasons many women discontinue using the pill within the first year. Finally, here was the kind of large-scale, long-term study I’d been told was necessary before we could seriously talk about this issue or make a change in how we prescribe hormonal contraceptives.

However, I was naive, because it seems that no study will ever be good enough for the medical community to take women’s experiences seriously. As soon as this research dropped, the experts lined up to deliver their usual mix of gaslighting and paternalistic platitudes. We’re told not to be alarmed, concerned, or deterred from continuing to use our hormonal contraceptives, mostly by men who have never and will never take them themselves (partly because the long-term, large-scale study undertaken by WHO on the “acceptability” of the male pill revealed it would negatively impact their emotional wellbeing).

This “pillsplaining” is specific to discussions of research into the side-effects of hormonal birth control. Usually, when the research is on the pill alone, we’re quickly informed there are many other hormone-based methods to choose from, but unfortunately this new study says those alternatives are even worse. One expert even tried to dismiss the link with depression in pill-taking teens as more likely the result of “teen heartbreak”.

So, why is it that we’re not supposed to take this study seriously? Considering that women are fertile just six days per menstrual cycle and men are fertile every single day, that the burden of avoiding unwanted pregnancy falls to us, regardless of the burden that might have on our health and wellbeing, is nothing short of sexism. After all, there are certainly effective alternatives to hormonal contraceptives –the copper coil, diaphragm, condoms and new technology that’s making it simple for women to practice the fertility awareness method, not to mention, of course, vasectomy and the promise of Vasalgel, a contraceptive injection for men.

Yet, we’re reminded with one medical professional’s response to this new research that “an unwanted pregnancy far outweighs all the other side effects that could occur from a contraceptive.” If that’s true, why bother researching the side-effects at all?

It is important to remember that women are twice as likely to experience depression as men, reportedly due to “the fluctuation of progesterone and oestrogen levels”, in other words our biological femaleness. It’s apparently acceptable to blame women’s depression on the fact that they’re women, but it’s not OK to claim a powerful medication formulated from synthetic hormones could be at fault.

To me, and many other women, these Danish researchers are heroes and criticism of their methods (such as, they should have tracked those women using condoms or the copper IUD as well – even though these options were not available to them; or that women were likely depressed because of menstrual cramps – which the pill is supposed to prevent), only highlights the incredible knots the medical establishment will twist itself into in order to deny there’s a problem with the pill.

One of the study’s authors, Øjvind Lidegaard, professor of obstetrics and gynaecology, also brought attention in 2011 to the increased risk of blood clots associated with newer, and supposedly “improved”, hormonal contraceptives such as the ring, the patch and drospirenone-containing pills. Lidegaard plans to focus next on researching the possible “association between taking hormonal birth control and attempting or committing suicide”. Researchers originally flagged upthis potential link back in 1970 at the Nelson Pill Hearings, but the topic has not been touched since.

Depression and anxiety from hormonal contraceptives may not be the experience of every woman, but that doesn’t mean it’s not the experience of your friend, your daughter or your partner, and of many women out there, who, in reading about this could have their lives changed for the better.

“You’re incompetent!” “I NEED THE ROOM NOW!” Four days out of the week, I was screamed at for not ...

Pregnancy and mental health: the hidden pain of giving birth

Opinion The range of mental health problems experienced around pregnancy and childbirth is vast and often isn’t spoken about. ...

The One Thing Missing From Your LinkedIn Profile

Despite the tough economy, there’s Still plenty of the cool positions out there for the ambitious and goal-oriented. Job hunting ...